How To Teach Diversity To Your Preschooler 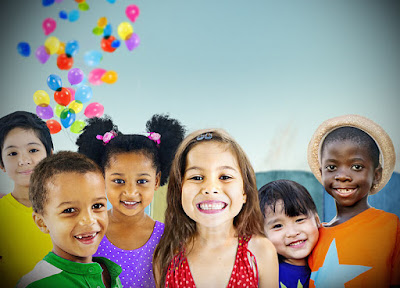 Diversity is a fact of life, and the best time to start learning about diversity and tolerance is in the daycare classroom. Even children of the same race or gender will have cultural and heritage differences. Embracing diversity is a great way for children to learn about the greater world they are a part of.

A daycare student can start learning about diversity through simple language. Spanish and English are the most common languages spoken in the United States, but French, Russian, and a variety of Asiatic languages are also common. Practice learning how to say “please” and “thank you” in a variety of languages and then expand the lessons from there.

Learning how to greet others helps children grasp the concept of culture. This goes beyond language and involves very different gestures and body language in some cultures. The Japanese, as an example, bow to one another instead of shaking hands, a practice that is well-suited in today’s socially distanced world.

While traditional gender roles receive less focus today than they have in the past, there are still major differences between the genders, and our modern, tolerant world has added a few twists to help those who identify as a different gender. Some things haven’t changed, however, such as boys paying less attention to appearance than girls, a trait that carries over to exhibited genders rather than birth genders.

We may have roots in different countries of the world, but underneath our race, we are still part of one human family. Everyone laughs and cries, for example, and we all have dreams to aspire to and goals to be conquered. Racism is not a natural trait for anyone, it is always something that is taught. In preschool, care should be taken to make tolerance of the differences of others a primary part of interacting with others.
Your Montessori daycare makes diversity an important part of the curriculum. By instilling curiosity and tolerance in small children, we lay the building blocks for a stronger world of the future. No matter what life may bring, we are all human beings who deserve an equal voice and acceptance of our diverse cultural traits.
Posted by Bernadette at 5:57 PM