What Kind of Exciting Activities Teach About Diversity 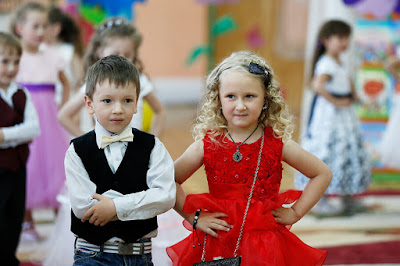 Learning About the World

A good place for preschoolers to start learning about diversity is by discovering other countries and the people who inhabit them. From the varied cultural ancestry of classmates to learning how other cultures dress, eat, and socialize, children benefit from exposure to many aspects of other countries.

Everyone eats, and many of the foods we eat in America have roots in other countries. But to really explore the diversity of other cultures it is a good idea to taste foods that may be unusual or rare. Fruits, vegetables, and unusual dishes offer children insight into how other people live and give them an incentive to explore diversity.

Traditional clothing in other countries varies a great deal. People may dress according to their native climate or wear clothing based on the manufacturing materials available, among other influences. Learning what people wear in different parts of the world gives children a glimpse into diverse cultures and how diverse cultures have developed.

Like food and clothing, language is vastly different from one country to another. Some languages, such as Spanish, are spoken worldwide and can be traced to early explorers who traveled the globe in search of new places and people. By learning about different languages, children quickly discover that even language shares similarities and that human customs such as good manners can be found no matter where you go.
No matter how different one person looks compared to someone else, all children share inquisitiveness, and all cultures include clothing, food, and things like games and songs. Through exciting activities like these, children will develop a greater tolerance for the diversity of others as well as an interest in foreign cultures and languages.
Posted by Bernadette at 6:26 PM